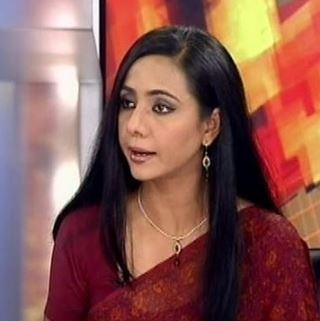 Naghma Sahar is an Indian journalist and anchor. She is currently working with NDTV India (Hindi News Channel) as Associate Editor. She also hosts debate shows.

Naghma Sahar is a highly ethical journalist. She has never been accused of being aligned to any political party or leader. She has always been anti – Establishment, not anti – Party.

Naghma Sahar has fairly a long stint in the field of journalism. However, she has worked with only two news channels. She had first joined Aaj Tak and then had switched to NDTV India. In fact, she was among the best Aaj Tak anchors poached by Pranay Roy while starting NDTV. Since then, she is working with the same channel.