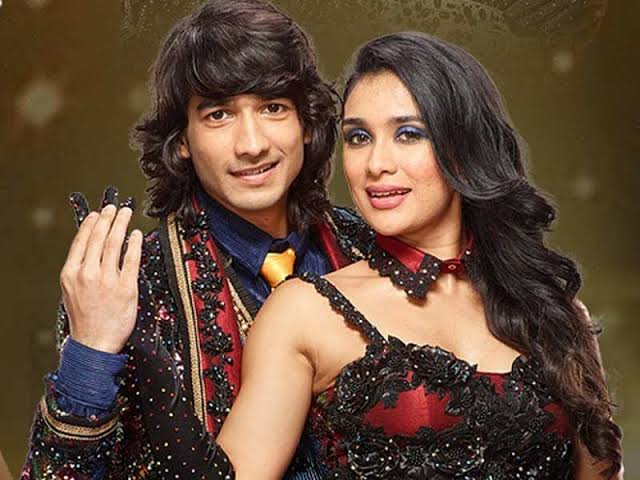 Nach Baliye 9, one of the popular reality shows of TV, has been in the news for days. Recently, such news is coming out that the contestants and choreographers participating in this show are not happy with the judges in the show. Many contestants expressed their displeasure over the show during the episode, followed by Urvashi Dholakia’s own outing. After this, Shantanu Maheshwari also tried to talk to the judges about this but later he got scolded. Shantanu Maheshwari-Nityaami Shirke finished fifth during the finale on the show that was recently shot.

After this, TV’s well-known actress Nia Sharma, like the rest of the fans, is not happy with the decision given by the judges and expressed her displeasure through tweet on Twitter. She has said “Shantanu Maheshweri has been out of the dance reality show? This is the person who represented the country on the International Dance Platform? I also respect this reality show, but Please also respect the person whose profession is dance. ” According to the news, Prince Narula and Yuvika Chaudhary have won the dance reality show. Anita Hassanandani and Rohit Reddy were the first runners-up of the show and Madhurima Tuli and Vishal Aditya Singh were at number three.

Shantanu Maheshweri gets evicted from a dance reality show? Same guy who represents the country on an international dance platform? Kudos!! All due respect to these reality shows but also please respect the guy whose very profession is DANCE !! @shantanum07


Talking about Shantanu, he is known for his great dance moves and has also represented India through the dance troupe on the international platform. She also took part in the World of Dance show and was also tweeted by Hollywood star Jennifer Lopez after seeing her performance. Not only Nia but social media Shantanu has many fans who are upset with this decision.