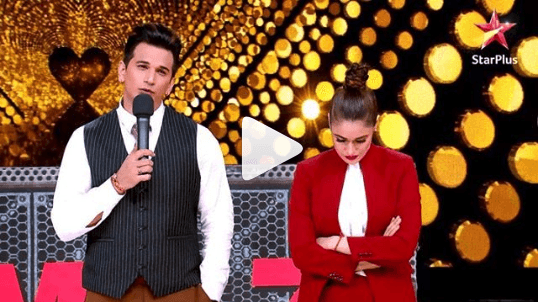 It would not be wrong to say that in Nach Baliye 9, every week there is some blasting twist. This is the reason, all the couples are constantly working hard to stay on the show. Even after them, they have to struggle a lot to stay on the show. Just last week, the show had seen double elimination. However, during this elimination, the names of Prince Narula and Yuviya Chaudhary were also revealed. That thing is different, the show’s team gave the pair a surprise for the wedding anniversary.

During this time, Prince Narula and Yuvikako were told that the elimination was only a joke, but it seems that the couple are no longer guests on the show. We are not saying this, rather the show’s new prom is pointing towards this.

In the promo of Nach Baliye 9, all the couples are seen giving a dance performance, increasing from one in the semifinal. Judges are very happy to see these dance performances. In the very next scene, Prince Narula is revealing to the judge of the show that he is no longer in the mood to be on the show.

Manish Paul is seen trying to convince Prince Narula and Yuvika Chaudhary but Prince seems not ready at all to change his decision. Prince is saying that, he wants to leave the show and will not be able to stay in the show anymore.

Seeing the promos, it would not be wrong to say that the upcoming episode of the show can see a tremendous twist. Anyway, ever since the show started, there has been some uproar in the show. That is why this show collects headlines due to the injuries of the couples, sometimes quitting the show of the couples brings them to limelight. It is not long when Faizal Khan and his girlfriend Muskan left the show midway due to injury. At the same time, Shantanu Maheshwari and her girlfriend also suffered serious injuries. In such a situation, it will be interesting to see what is the reason behind Prince Narula leaving the show.