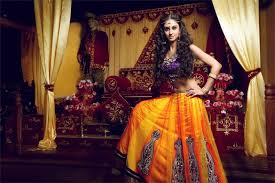 The market of speculation about Ekta Kapoor’s TV show Naagin 4 is constantly hot. Who is going to wear the crown of Hasina Nagrani this time in the fourth season of this TV show. Various things are going on about this too. However, this time it is taking a long time for the fourth season to begin. Recently, TV show producer Ekta Kapoor shared the audience with a teaser and enhanced the audience’s heartbeat. With this teaser, it was revealed that this TV show will be on air soon.

But the big question is which actress is going to wear Nagrani’s crown this time. According to the latest information revealed, this time TV actress Krystle D’souza and Nia Sharma are going to become Nagrani. Entertainment portal Peepingmoon has given the latest information about this. The report claimed that for the fourth season, producer Ekta Kapoor finalized Krystal D’souza and Nia Sharma.

Both these actresses have also appeared on screen together before. The two had worked together in the TV show Ek Thousand Meri Bahna Hai. The bonding of both the actors was also very good. Now once again viewers are going to watch them together on screen.

However, the official information about this is not yet received. But the viewer is nevertheless excited to see Nia Sharma and Crystal D’Souza together. Earlier, the name of actress Pooja Banerjee was also revealed for the lead starcast of Naagin 4. While the name of Hina Khan was also revealed for this show. But now in the end, who wins the game. It will be interesting to see.