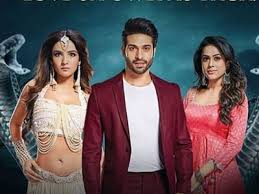 Ekta Kapoor’s series ‘Naagin: Poisonous Game of Destiny’ is in the news due to its supernatural show. In the show, Twist has succeeded in grabbing the attention of TV viewers. Now meanwhile, news has come that Rashmi Desai, who came into discussion with Bigg Boss 13, is going to comeback in the serial.

Rashmi will replace Jasmin Bhasin in ‘Naagin: Poisonous Game of Luck’. Nayantara’s character has appeared in Ekta Kapoor’s show. Recently, Jasmine Bhasin announced the exit from Naagin-4 due to the twist and turns in the show. Stating the reason for leaving the show, he said, “Due to the twists and turns in the show, his character also had to execute”. A website has been quoted saying that Rashmi Desai has also started shooting for Naagin-4.

Well, we all are aware and have heard a lot about Coronavirus due to which a lot of Holi events also has been called off this year. I would request all you people to stay safe, take right precautions and take-care of your health first. Happy Holi! ♥️? Health hai toh sab hai! ? . . #RashamiDesai #ItsAllMagical #ootd

Rashmi Desai made a big blast in Bigg Boss 13’s house. In his personal life, the issue of equations with Arhaan Khan was also in the news. But Salman Khan, the host of the show created a sensation by revealing Arhaan Khan’s former life. After which Rashmi Desai announced her break up with Arhaan Khan on the show itself. In Colors TV’s famous serial ‘Nagin-3’, Surabhi Jyoti, Pearl V Puri and Anita Hassanandani were seen. Rashmi Desai, who replaced Jasmin Bhasin in Nagin-4, has worked with her in the serial ‘Dil Se Dil Tak’.