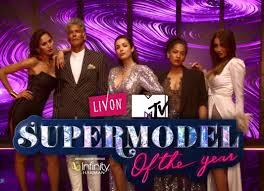 MTV Supermodel of the Year has taken every episode to a whole new level. The models are tested through different areas and made to shoot for brands with conviction so they can retain their position in the competition. Every week they meet with a new task that tests their skills and determination towards becoming a supermodel. This week is no different but it surely will be filled with more complexities and loads of fun.

Supermodel of the Year Task of the Week

This weeks’ task is that the contestants will shoot a music video for MTV. The contestants’ excitement holds no bounds and they are on top of the world. Everyone seeps into the excitement and forget about the intensity of the task.

Drisha More is super confident about her technique and moves. She is sure of the qualities she possesses and knocks shell knock this performance out of the door. Disha wasn’t even worried about her dreadlocks and knew she would ace them. She moves in sync and uses her dreadlocks to their best capability.

Priya Singh uses her strengths in her favour for this performance. She knew that dancing and grooving was not her strong point so she stuck to what she did best, modelling. She walked her way into the music video and used her posing skills to add to the oomph factor

The judges were not all the pleased with the performances. There were elements which they found were missing in the cats. There needs to be charisma, grace and conviction in a music video which they found was missing in a few contestants videos. There will even be a slight tiff between judges Malaika Arora and Masaba Gupta. Malaika will find a performance outstanding while Masaba will consider it to be average.

Competition honi waala hai 5x tagdi! ? Tell us who you are rooting for in the comments below and tune in to @LivonSerum MTV #SupermodelOfTheYear Entertainment Partner @infinitymusicin by Harman, this Sunday and every Sunday at 7 PM on MTV & anytime on @voot. #ImIn #TuneForIndia

To find out more on MTV Supermodel of the Year tune in to MTV on Sunday at 7PM.