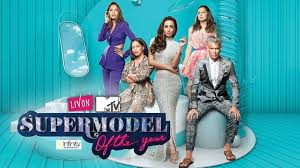 MTV Supermodel of the year finds the most innovative ways to test its contestants and make them prove their mettle. The models are given a unique task each time and they have to not only creatively handle the situation with sincerity and honesty but also be graceful and delicate in their approach. That is where their real beauty will be tested.


Supermodel of the Year 16th February Episode: What was the task?

This week the contestants were given a chance to let loose but not let go. Each contestant was given a pair of wireless headphones that would play a peppy number. They were made to go into a crowded area and told to dance freely. The contestants had to soak in the music and immerse themselves in the beats. They were expected to let go of themselves but not so much that they would forget what they were there. Some contestants decided to make the audience a part of their act and danced with them while others completely let go of themselves.

The contestants received accolades from Malaika Arora as they were fearless and did not worry about what the people on the streets would feel about them.

This week an elimination is expected and this was a constant worry lurking over the heads of the contestants. Judges Masaba Gupta and Milind Soman have a few complaints regarding the performances. They were of the mind that they didn’t let themselves immerse into the music and it wasn’t as entertaining as it ought to have been. It will be interesting to watch who will get eliminated after come so close to the finale.

The elimination battle gets tougher and so does the expectations of the judges and the audience. It is expected that the contestants with the least amount of points will be eliminated from the show.

MTV Supermodel of the Year airs every Sunday at 7PM on MTV India.