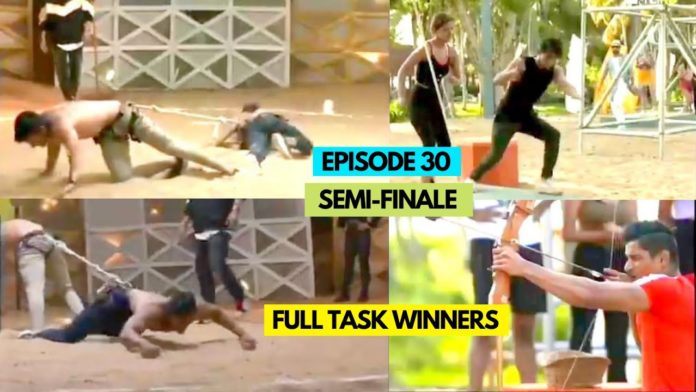 MTV Splitsvilla X3 is back this weekend as the Semi-finale task will keep the contestants and audience on their edges. The shocking disqualification of Kevin and Kat, followed by Samruddhi and Trevon’s elimination shattered Kevin’s fort. The Semi-finalists of Splitsvilla 13 will battle it out this week. However, the MTV Splitsvilla X3 winner and runner-up will be revealed in the Grand finale next week.

Kevin’s gang is a headless chicken now with Sapna and Dhruv solely fighting it out in the Semi-finals. However, there are greater chances for their elimination. However, a shocking twist awaits in this weekend’s Semi-finale tasks. After a stellar performance in last weekend’s task, the BoomBam gang looks forward to a promising finalists line up.

The action packed tasks are a battle against elimination for Sapna and Dhruv. However, the first task was won by Shivam and Pallak. Jay and Aditi won the second task which was quite difficult compared to the first.

Ten contestants were eliminated from Splitsvilla 13 so far. However, Trevon and Samruddhi was eliminated last week. The two semi-finalists couple to leave the villa are Sapna/Dhruv and Nikhil/Bhoomika. As a result, there will be a double elimination in the next week’s dome session (30th episode).