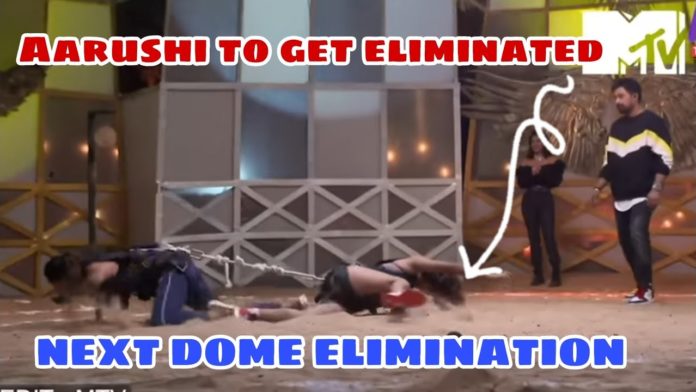 Nikhil and Bhoomika won the task last week while Shivam and Pallak came in the second position. This result put the Boombam gang in a promising position ahead of Saturday’s dome session.

The dome session for the winners comes with its own risk of consequences if the couple fails to become the ideal match. Hence, Nikhil/Bhoomika and Shivam/Pallak became the ideal match nominations after a brief discussion. However, the Boombam gang was risking it all to ensure of the pair becomes an ideal match.

Kevin’s gang were given a tough decision to choose between the two pairs. Considering Bhoomika and Nikhil’s blossoming chemistry, Shivam and Pallak were selected to go in front of the oracle. To everyone’s surprise, the duo became the ideal match of Splitsvilla X3. However, this was yet another blow in the coffin for Kevin’s gang.

As a result, Arushi Chawla was eliminated from the dome session of Splitsvilla X3. However, she will enter the Wild Villa competition.

In a shocking twist of events, Shivam and Pallak become the ideal match of Splitsvilla 13. In a very crucial time in the competition, the duo guaranteed themselves a place in the Golden villa which left Kevin fuming.

Ten contestants were eliminated from Splitsvilla 13 so far. However, Arushi was eliminated this week. Three weeks ago, Nikita and Samarthya became compatible matches. As a result, there will be a single elimination in the next week’s dome session (25th episode).

Will the Villa get its next ideal match this week? 😯#MTVSplitsvillaX3 co-powered by @philipsindia, @ManforceIndia, @DenverForMen and ONN Polos & Tees every Saturday at 7 pm. Catch the action 24 hours before TV on @VootSelect pic.twitter.com/dvpj3DMTkt