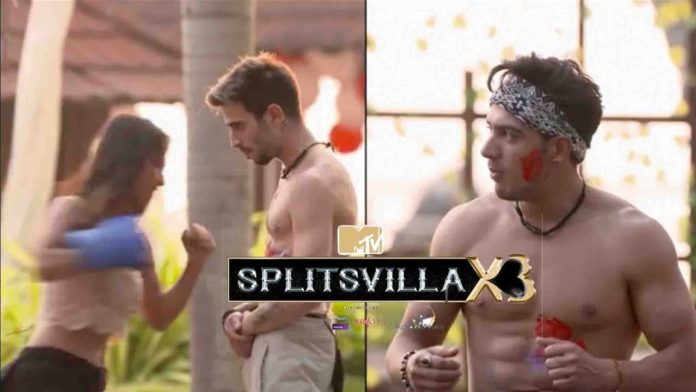 MTV Splitsvilla X3 enters its twenty second episode this weekend. After a crackling episode last week, the task featured a fun filled guessing encounter. However, the focus shifts towards the potential elimination next week. Splitsvilla 13 will feature a crucial ‘Golden Opportunity’ task which will decide the fate of elimination in the next dome session.

There were several twists and turns which were seen in this week’s episodes. The Boombam gang showed its first signs of rifts as Pallak and Bhoomika entered into an argument. However, things are not well in Kevin’s gang too. Avantika and Gary’s exit is still a tough thing to digest for the ‘Katvin’ gang.

What do you think hoga iss task ko jeetne ka benefit?#MTVSplitsvillaX3 co-powered by @philipsindia, @ManforceIndia, @DenverForMen and ONN Polos & Tees every Saturday at 7 PM. Catch the action 24 hours before TV on @VootSelect pic.twitter.com/w8vzqlNyLO

The task involved the guys playing ‘charades’ with bare abs. The group of girls were supposed to guess the correct movie or thing which the guys try to enact. However, the twist lies if the guys do not end up successfully helping the girls to guess.

The promos showed the contestants having some fun in a season which is otherwise marred by major issues, fights.

The intense battle meant a lot for the winners as entering the Golden Villa was on the line. The next weekend’s dome session will spice up things in the Golden Villa. There are high chances of a tough fight for elimination next week.

According to reports, Shivam/Pallak and Dhruv/Sapna won the task successfully. As a result, we will see in an epic clash for the Golden Villa entry between the two gangs.

Gary and Avantika will be eliminated in the last dome session and they will enter the Wild Villa. However, this will be a big blow to Kevin’s gang.