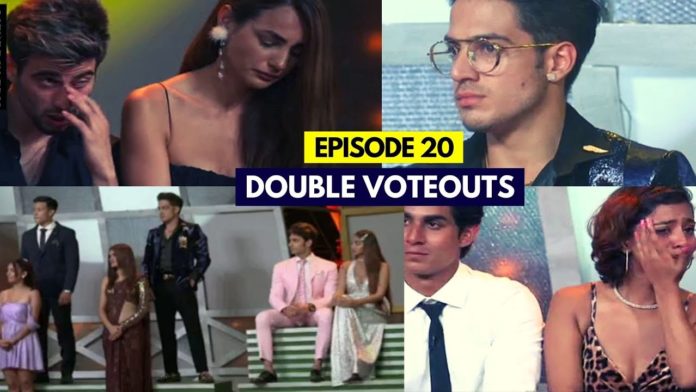 MTV Splitsvilla 13 is back this weekend with an adrenaline-pumping episode. After a sensational episode last week between Golden Opportunity task contenders. However, the dome session in this week’s Splitsvilla X3 episode will seal the fate of one male and a female contestant. The intense drama will grip the audience as another ‘ideal match’ will be announced this week.

The 20th episode of Splitsvilla sees the potential cracks in Kevin’s group. Nikita prioritizes her vengeance over Avantika as she saves Pallak in the process. While most of the ‘Boombam gang’ fans were worried about Shivam and Pallak’s exit, the opposite is all set to happen. The game is on in MTV Splitsvilla X3!

Nikita and Samarthya stand their ground as Kevin advises the winners of last week’s task. The dome session looks promising as the stage is set for a double elimination this week. As the hosts, RannVijay and Sunny Leone announce the double-elimination, Shivam and Pallak look worried.

However, an epic twist in the tale guarantees the core couple of the ‘Boombam gang’ some respite this week. Avantika’s broken friendship with Nikita costs her dearly as she pulls Gary along with her.

However, the couple is declared as an ideal match. Nikita and Samarthya are the third ideal match of Splitsvilla X3.

Gary and Avantika will be eliminated in the next dome session and they will enter the Wild Villa. However, this will be a big blow to Kevin’s gang.