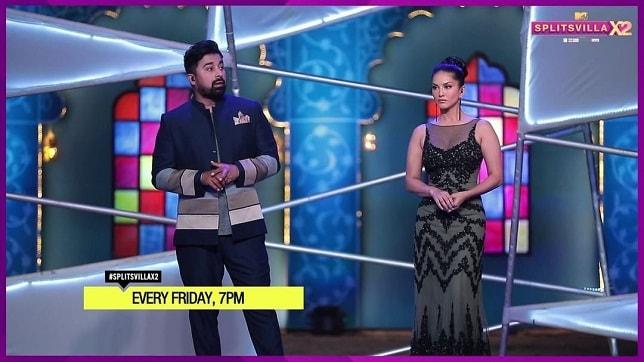 Splitsvilla 12 is in its last stage. Next week we shall see one final bout before the Semi Finals. The bout shall take place between Piyush & Arshiya and Alfez & Aradhna. Two best friends will compete against each other to grab the last spot in the Semi Finale.

Best Friends to Battle it Out – Who Will Emerge on Top?

Both the couples look good enough to give each other a nice healthy competition. Piyush is itching to get into Semi Finals, so that he can compete against Ashish and overall underestimate him. Both the couples have an equal chance of entering into the Semi Finale.

Piyush & Arshiya have a better chance as compared to Alfez and Aradhna. There are many reasons as Aradhna and Alfez haven’t performed since long time. Alfez’s absence is also a factor as to what mindset shall he be in. Piyush & Arshiya, on the other hand have been performing, though they fall short, their efforts are being noticed. If these two enter into the Semi Finale, his ongoing rivalry will be continued and shall become interesting at the fag end. The viewers will be more interested in seeing the rivalry challenge take place.

Twists are a part of Splitsvilla. They go hand in hand. So expect a lot of twists that can take place before the Semi Finale tasks. The Chosen Ones might get changed or we may see friends battling it out against each other.

Will Uday and Bhavya continue as Chosen Ones?

It shall also be interesting to see whether Bhavya & Uday, still be the Chosen Ones or not. With the Dome sessions coming to an end, now you can only eliminate or dump another couple via performing well in the tasks. So, there might be twist task to determine to become the New Chosen Ones. As we saw in the last episode, all the ex-contestants were against Bhavya & Uday, Bhavya in particular. They also took away their dumping right, due to which Piyush & Arshiya got saved. So, these ex-contestants will surely have a huge part in the upcoming episodes to come. The show has come to its interesting point. Tune into Splitsvilla every Friday at 7pm only on MTV.