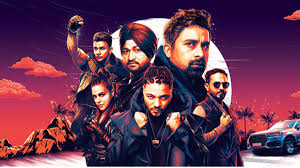 Roadies Revolution has managed to grab the eyes of the viewers. Each episode is full of drama and new elements which no one ever expected. If you missed the episode on 21st March, here is a written update of the episode:


The episode begins with the entry of two girls- Sapna Malik and Nidhi Kumar. Each of them get one minute to perform. Nidhi displays her core strength while Sapna puts up a dance performance. Post which each of them is given 30 seconds to find faults in the other. Nidhi’s audition comes to an end there and Sapna is selected for the next round.

Punjab vs Jaipur, bhangra vs boxing. Who will you support? Tune in to a super fun episode of OPPO MTV Roadies Revolution, this Saturday at 7 PM on MTV and anytime on @voot. Stay tuned. @oppomobileindia @castrolbiking @axiom_ayurveda @manforceindia #RoadiesRevolution #MTVRoadies

The next two contestants to enter are Sakshi Sharma and Deepika Shekhawat. Sakshi is a part of the Punjab police force. Deepika is told to perform for a minute. She begins with boxing that transition into a dance performance. Sakshi’s one minute begins with a poetry recital which gradually moves on to a hardcore bhangra performance. Sakshi is joined by Neha, Prince and Raftaar as they all groove together. Deepika goes on to discuss how she battled bipolar disorder and overcame it. Neha applauds her courage to be vocal about this. She even reveals her obstacles in life. The judges tell her that she needs to let go of things. Neha is then selected. Sakshi tells the judges that she wants to create a platform for small town women similar to her, she too gets selected.

Post the selection of these two enter, enter Hamid Barkji and Tarandeep Singh. Tarandeep is a fashion designer and doubles as a valet as well while Hamid runs a coffee shop. Both of them perform on a Punjabi song. Hamid is told to perform on a Bollywood song, he then reveals to the judges that he is a Bollywood dancer. Tarandeep is told to follow him. Tarandeep gets emotional as he talks about his late brother who was his inspiration. He shows his strength through numerous push-ups and strong workout regime. Hamid also displays his workout routine. Both the contestants get selected.

The latest contestant that night was Akshita Sharma. She is an athlete, fashion designer and a national level tennis player. Her task was that she had to sing. She tells the judges what her idea of a revolution is and how she intends to contribute to it. She showcases her talent through a number of athletic moves. She is selected once Rannvijay and Raftaar manage to convince everyone.