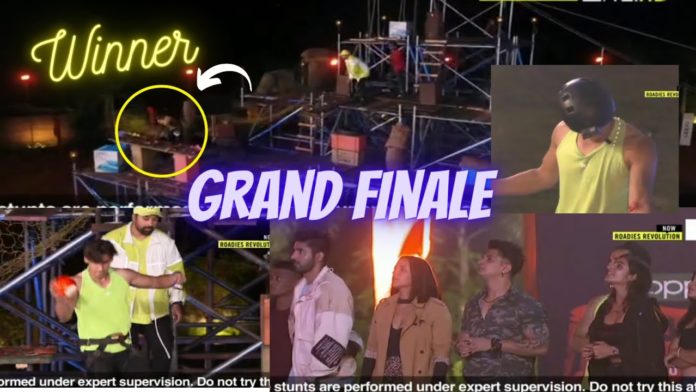 MTV Roadies Revolution will conclude this weekend with a gripping Grand finale task. The battle between the three finalists, Hamid, Micheal, and Jayant will throw light on the intensity of the task at stake. At the end of the episode, one of the deserving finalists will be crowned as the coveted winner of MTV Roadies Revolution.

After a struggle due to Covid-19, MTV Roadies Revolution managed to successfully entertain the audience. The show found some quality contestants who gained a massive fan base outside the show. With decisive vote outs, pumped up gang leaders, MTV Roadies Revolution was a treat to watch. With the Grand finale episode on the 16th of January 2021, the reality show will draw its curtains after a successful season.

MTV Roadies Revolution stepped up the ante with a gripping semi-final task. The battle between eight contestants boiled down to three finalists. Aman and Arushi made a reentry which drew a cheer from their fans. However, the race to the finals was tough and the duo failed to make an impact.

Micheal, Hamid, and Jayant saved the best for the last. However, their grit and determination helped the trio to boost their morale ahead of the final task. Interestingly, Nikhil and Varun will also participate due to their representation in the finals. Unfortunately, none of Nikhil’s gang members could make it to the finals.

The gang leaders faced the heat towards the end of the MTV Roadies Revolution journey. Neha and Prince’s teams faced disappointing losses in decisive moments.

Hamid Barkzi wins the title of MTV Roadies Revolution after defeated Hamid and Micheal in the final task.

The Grand Finale episode of MTV Roadies Revolution will be telecasted at 7PM IST on MTV India. Voot Select users can watch the epic grand finale proceedings 24 hours before the television telecast.