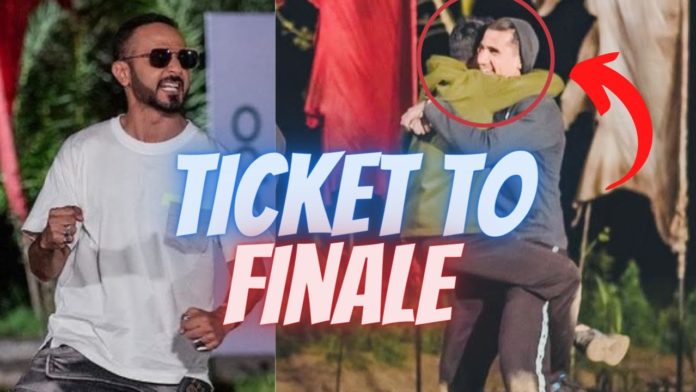 The reality show progresses this week and the major highlight will be speculations around the double vote out. Gang leaders Prince, Nikhil, and Varun will perform in this week’s Roadies Revolution episode. However, the major buzz is around the suspense around two eliminations for this week.

Humaare leaders hain all set to witness the ultimate battle to the finale! Are you excited?

According to reports, Hamid might be the winner of the ‘Ticket to Finale’ task. Hence, Hamid will be the first finalist of the MTV Roadies Revolution.

The task will involve a catapult and the contestants with the best precision and accuracy will have an edge over the rest of the contenders. The ‘ticket to finale’ could be a decisive step for the future of these three contestants. The vote outs will be brutal and there are high chances of multiple double vote outs in the upcoming weeks.

There are high chances of a double vote out in this week’s Roadies Revolution episode. Three contestants are in danger of vote out and two out of the three might be eliminated. There could be a potential twist where gang leader Prince Narula might sacrifice a star to save one of the contestants (as seen in the promo).

The three contestants in danger of the double vote out this week are: