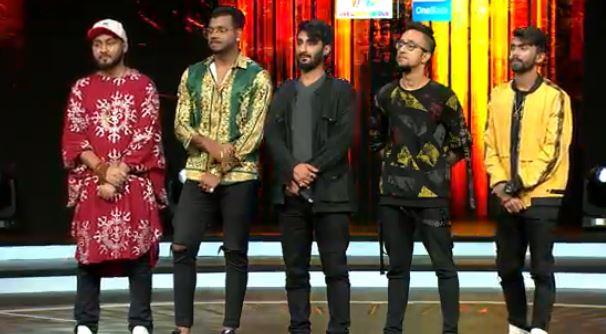 MTV Hustle, India’s first Rap Reality show is drawing to a close. The show began with 15 rappers making the final cut from rigorous auditioning. Out of the 15, 5 rappers were selected as the finalists.

Update – EPR Vs MZee Bella are up for final votes
The Grand finale of MTV Hustle Season 1 is scheduled to be held on the 12th of October.


Judges Raftaar, Nucleya, Rajakumari have been an amazing mentors and they played a critical role in moulding the rappers to a considerable extent.

5 finalists made the cut to the Grand Finale of MTV Hustle Season 1.

These 5 finalists will compete against each other in the Grand finale stage which will decide the first ever MTV Hustle winner.

The name of the MTV Hustle First runner up will be revealed soon.

The name of the MTV Hustle Second runner up will be revealed soon.

Who Will Win the MTV Hustle Season 1 Title? Vote Now

Who Will Win MTV Hustle Season 1