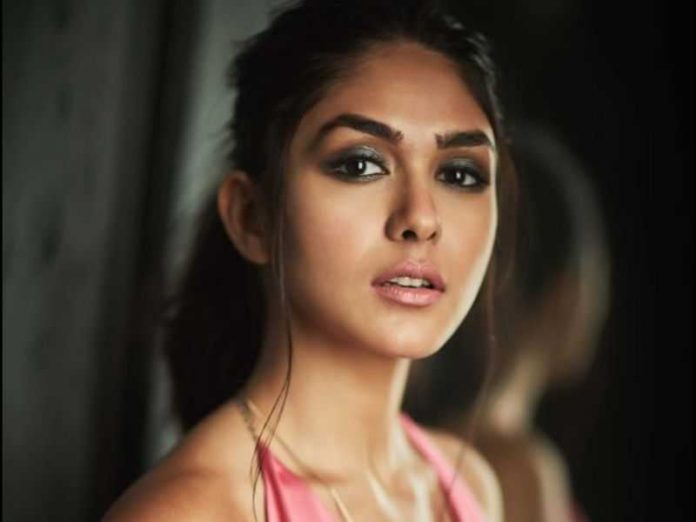 After the success of Kabir Singh, Shahid Kapoor is in the news these days for the remake of the South film ‘Jersey’ . For the past several days, there were reports that Rashmika Mandanna will be seen in the lead role with Shahid. The actress, who has given hits like Kirik Party and Dear Comrade, is unable to find time for this sports based emotional drama of Shahid Kapoor due to her South projects.

But according to a report by Peepingmoon.com, TV and Bollywood actress Mrunal Thakur has been finalized for Shahid Kapoor’s film. Last year itself, Mrinal made her Bollywood debut with the film ‘Love Sonia’. After this Mrunal has been a part of hit films like ‘Super 30’ and ‘Batla House’. Mrunal was approached for the film by the makers after Rashmika Mandana refused. According to sources Mrunal has signed the film officially and will start shooting from this December itself.

Let Gautam Tinnanuri direct the film ‘Jersey’ and he will also direct the remake of Shahid’s film. Shahid and Mrunal will apparently be seen playing the same roles in the Hindi remake, reprising the main characters played by South film Nani and Shraddha Srinath. Allu Arvind, Aman Gill and Dil Raju will be producing Hindi remakes. The film’s story revolves around a failed cricketer. Who at the age of 30 decides to once again get his cricketing career on track. This film of Shahid and Mrunal will be released on August 28, 2020 next year.