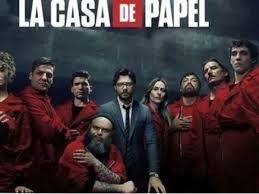 Money Heist Season 5 is probably the best thing which could happen to binge watchers and fans of the show. However, we have to wait for another year to see whether the Professor’s plot to successfully accomplish a heist on the Royal Bank of Spain will fail.

What Were the Previous Seasons of Money Heist About?

The plot of Money Heist involves a masterplan from ‘The Professor’ and his team who are distinctly identified by names of cities. The latest addition in Season 3 to the Money Heist plot was the police officer who falls in love with the professor – ‘Lisbon’

Money Heist Season 4 was a perfect blend of drama, suspense, love and tragedy. The death of Nairobi was one of the most hurting moments of the season. The season ended with an absolute moment of suspense as usual. The Professor is held at gunpoint by Alicia and we have to wait till Season 5 to find out what will happen next.

This is one of the most talked about fan theories for the season 5 of Money Heist. If this is true, there is a huge possibility for Professor turning his game around. However, will Alicia be as trustworthy as Lisbon was?

Money Heist Season 5 Plot #2: Alicia Joins the Professor and Will Betray Him!

Alicia has been ruthless and heartless. There is little possibility that she remains as a trusted accomplice to the professor. Though the professor had all possibilities sorted out, it is highly likely that he might have missed this loophole. Alicia will betray the Professor once she accomplishes her plot to take revenge on the Police force.

An interesting twist in the tale could be Alicia turning out to be Tatiana. For those who wonder who is Tatiana, she is Berlin’s wife. Berlin mentioned about revealing the heist plot to his wife. Also, Alicia told Racquel (Lisbon) that her husband passed away due to cancer. If this turns out to be true, the Professor has nothing but success ahead of him.

Money Heist Season 5 Plot #4: Everyone Dies and Tokyo is the Lone Survivor of the Heist!

Right from Season 1, the narration of the story by Tokyo has left everyone wondering, “Why is Tokyo the narrator?” It brings out doubts if Tokyo is narrating this story of the past as the only one who has the true account of the heist.

A very optimistic plot theory is that the group manages to escape from the main gate unlike the previous heist. They will wear Dali masks and mingle with the group.