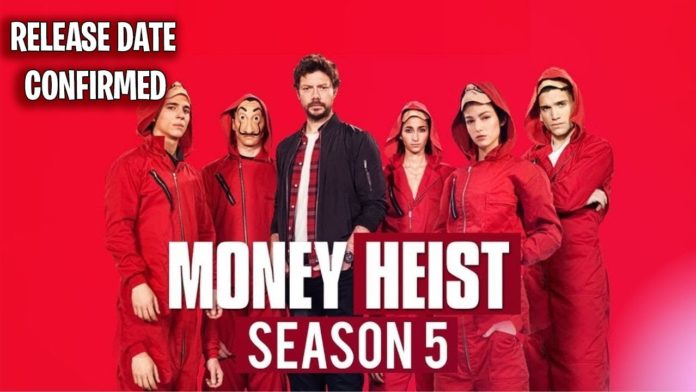 It is known that the series ‘Money Heist’ was very well received all over the world and the fans loved all the four seasons of this series. It is especially noteworthy that the ‘Professor’ character in this series has fans worldwide.

Season 4 of Money Heist aired last year on Netflix, and season 5, which is the final season of this series, was expected to air soon. It is learned that season 5 of Money Heist is likely to be released in mid-August 2021, and an official announcement will be made soon.

The series has been delayed due to a coronavirus infection, but all preparations to launch the mid-August series are currently underway. It is noteworthy that this information has delighted millions of ‘Money Heist’ fans.