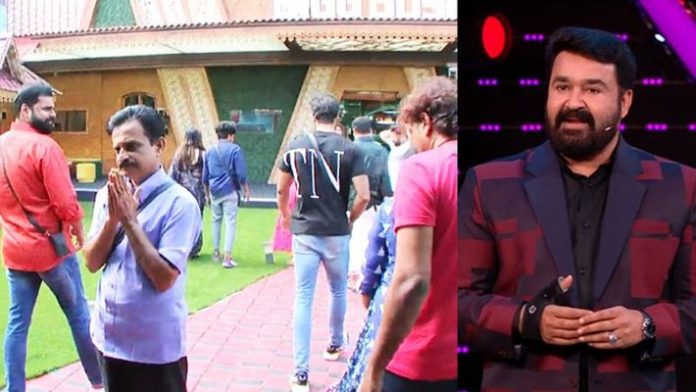 Mohanlal presents Surprise again in the first weekend episode of Bigg Boss Malayalam Season 2 Earlier in the day, Mohanlal announced on stage that there was no elimination in the first weekend but that it had to be done under certain circumstances. He asked if anyone wanted to go out. When everyone said they were not interested in it, only Rejith Kumar replied.


“If everyone thinks I should leave, I’m ready to go out,” replied Rejith Kumar. Otherwise he would like to continue. But others disagreed, saying that despite the disagreements, there was no need to leave the register. But Mohanlal had to announce the name of the man to come. Mohanlal’s announcement came after he was told that he would be recalled for not following the rules of Bigg Boss.

Mohanlal recalled Dharmajan, who entered the present episode with what seems to be a wild card entry. Mohanlal told 17 others that the reason for Dharmajan’s ouster was that he had violated the law of not sharing external information with other contestants. But when Dharmajan returned to the stage with Mohanlal, Mohanlal broke the suspense. Mohanlal said that Dharmajan was sent to the Bigg Boss House for a day only and did not tell the contestants. Meanwhile, the contestants have believed what Mohanlal said. That means he was fired because he broke Big Boss’s law.