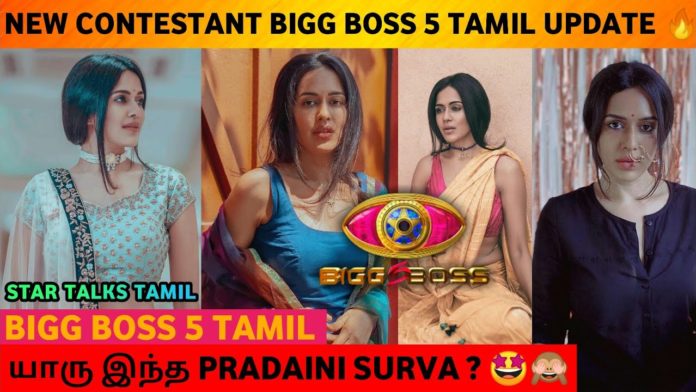 Bigg Boss 5 is set to launch at the end of next week. Expectations are rising every season. TV fans are waiting to see when the Bigg Boss will start, even though this year has more shows like Survivor and Master Chef than last year.

Bigg Boss 5 is set to launch on Sunday, October 3rd, with a grand premiere event. Contestants are said to be quarantined for 14 days before entering the BB house.

There is a daily stream of information about who will be a contestant for the upcoming season. Shakeela’s daughter Mila, Vijay TV Priyanka, and many more are the names on the list.

It has been reported that the famous model Pradaini Surva is coming to Bigg Boss. Many of the previous Big Boss seasons had contestants from the modeling industry. From Raiza to Sanam Shetty, they became trendy through Bigg Boss. It remains to be seen whether Pradaini Surva will join in that order.

Pradaini Surva has acted in many commercials. She also has starred in the film ‘Bodhai Yeri Budhi Maari.’