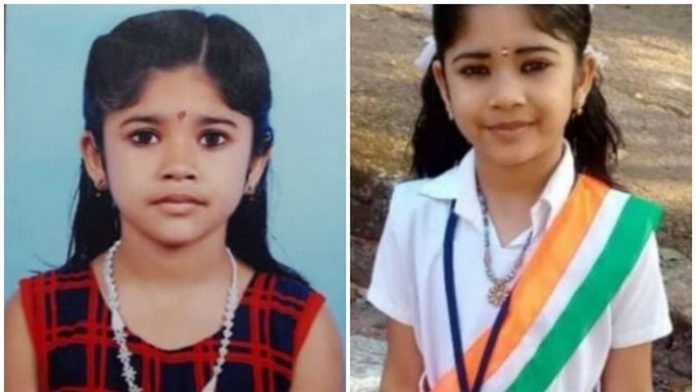 The six-year-old girl Devananda has been found missing from Pallimon Illavoor, Kollam. The body of the girl was found in an Ithikarayat (lake) near the child’s home. Devananda’s body was found by fire and safety expert from the nearby lake. The body was recovered from the river were the clothes the child was wearing when she went missing was found. The child went missing on Thursday morning while playing at home.


The missing Devananda is the daughter of Pradeep and Dhanya couple hailing from Pallimon Ilavoor. The child went missing between 9.30 am and 10.30 am yesterday. The girl’s mother was washing clothes this time. A festive ceremony is being held at the nearby temple. The girl took leave from school yesterday in connection with the festival.

Temple committee members and locals searched the area to find out the girl was missing. When the girl could not be found, they informed the Kannanallur police station. Police and firefighters were then searched. The child rights commission had yesterday filed a case against the disappearance of the child.