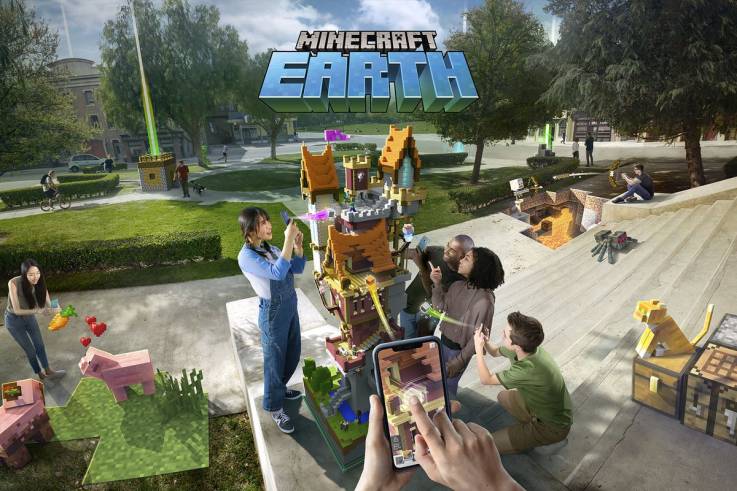 Minecraft Earth is a much awaited augmented reality (AR) game which is a combination of micro and micro features. In essence, players will be able to build in tabletop mode and use the AR to insert real life-sized versions of the creations in the actual world. It will also be possible to make joint creations or projects and find new mobs (mobile or living game entities). New mobs include the like of the muddy pig and moobloom. Minecraft Earth’s “Adventures” allows combat to be replicated into real life size.

Android players, we’ve heard your call. Next week, we'll be bringing the #MinecraftEarth beta to your devices! Make sure to sign up now for your chance to join the fun!

To get early access to Minecraft Earth, users on the Android platform can preregister on the Google Play Store.

To get a chance to play the game early, in Beta version, players can sign up at Earth. Minecraft.net for updates and unlock a free Minecraft Earth skin. Upon signing up, the players will be one step closer to getting their hands on the Android version of Minecraft Earth Beta.

There are limited slots available for the closed Beta version, however, Mojang plans to roll out the Beta version on a massive scale to allow players to stress-test the game. Also, players who get access to the closed Beta version will be expected playing regularly within the first seven days of getting access. If they are not regular, they stand the risk of returning back to the beta eligibility pool.

The requirements include any mobile device with Android 7 (or higher) and iOS10 ( or higher)..The Android Minecraft Earth beta follows an iOS closed beta launched in July.

Will Minecraft Earth Be Free?

Minecraft Earth will be free-to-play, with in-game purchases, on both iOS and Android devices upon release. The official release date for Minecraft Earth has yet to be announced.