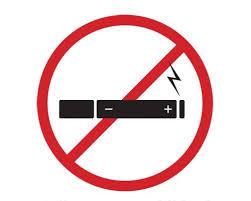 Michigan will become the first state in the country of USA to ban flavored e-cigarettes, according to the Washington Post. The move is expected to be announced on Wednesday and will go into effect immediately and it’s a jolt to people who loves Vaping. In an interview, Governor Gretchen Whitmer of Michigan said the state health department found youth vaping created a public health emergency.

The governor said e-cigarette companies are only using sweet flavors to hook young people on nicotine, with potentially long-term harmful consequences. Governor Whitmer signed a bill back in June making it illegal to sell e-cigarettes to minors below the age of 18. The ban will last for six months. Businesses will have 30 days to comply with the ban, Whitmer said.

The ban can be renewed for another six months. During the temporary ban, state officials will develop permanent regulations banning flavored e-cigarettes and thus putting an end to vaping. The state legislature may attempt to block these guidelines. However, such laws would face a veto.

Whereas Michigan is the first state to ban gross sales of flavored e-cigarettes, several cities and communities have restricted or banned total sales of e-cigarettes. The first city is San Francisco in the U.S. to ban the sale and distribution of all e-cigarettes; the ban will gain effect early in the subsequent year.