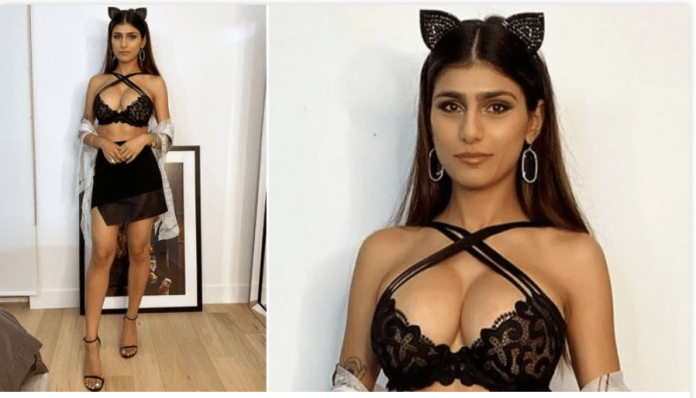 Mia Khalifa, a former adult film actress, may have retired from adult film industry. But even today on social media, she keeps her fans entertained with her hot photos and videos. Mia stays connected with her fans through social media and this is the reason that there is no decrease in her fan following here. More than 1.70 crore people follow her on Instagram.


Recently Mia has posted a bold photo of her on Instagram. In this photo, she is seen in her Halloween look. After sharing the photo, Mia told that her plan was canceled, after which her boyfriend Robert Sandberg took this photo of them, which made them think that they had come somewhere.

Plans got cancelled last minute, but I wasn’t about to let this look go to waste. So I made @robertsandberg bust out the ring light and take a pic of me so I could pretend we went out ? (makeup by moi ??‍♀️)

Wow. When you love what you do and do what you love, it translates into every bite. An unbelievable meal, thank you for the amazing evening, @robertsandberg ♥️

This photo of Mia Khalifa has received more than 14 lakh likes and thousands of comments have been read. Let us tell you that Mia’s boyfriend Robert is a chef by profession and these two have been dating each other for a long time. Mia made her debut as a sports host after taking an exit from the adult industry. In a recent interview, Mia told how she has faced many difficulties even after leaving the adult industry and her life has changed to a great extent.