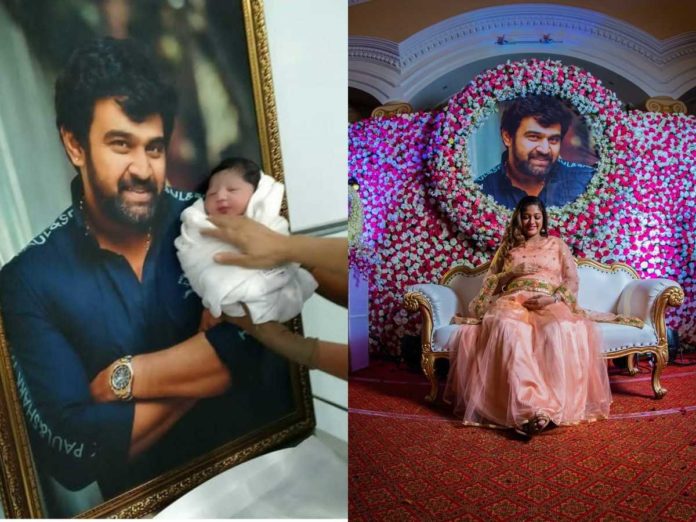 Meghana Raj and Chiranjeevi Sarja were blessed with a son on October 22. The new mommy in town were in for the shock of her life earlier this year when her husband Chiranjeevi Sarja passed away on June 7 due to a massive cardiac arrest. After five months, she gave birth to a healthy baby boy, which they believe that Chiranjeevi has come back to their family again. The actor’s fans call the little one Jr Chiru.

Earlier, Dhruva Sarja, brother of Chiranjeevi brought a silver cradle worth Rs 10 lakh for his nephew. Artists from Kalaghatgi in Karnataka built a special cradle for Chiranjeevi Sarja’s son.