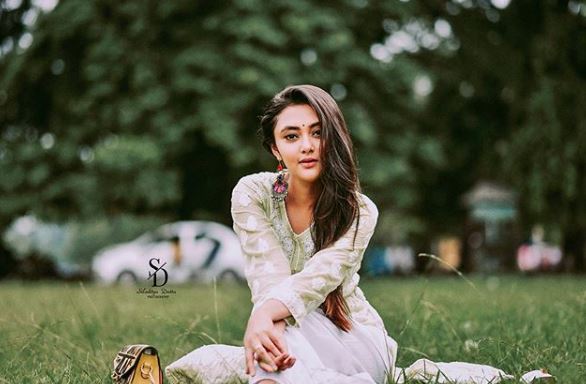 Megha Chowdhury is an Indian actress who has worked in Bengali, Telugu, and Tamil-language films. She is popular as Adithya Varma actress, where she acted alongside with Dhruv Vikram.

Megha Chowdhury made her film debut with the Bengali film Amar Prem in 2016. In 2018, she was cast in Bala’s Varmaa, the Tamil-language remake of Arjun Reddy (2017). She made her Telugu debut with the thriller Marshal in which she portrayed a journalist.