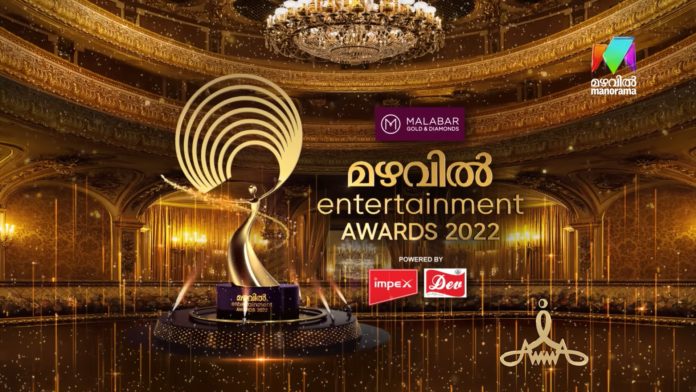 Lines are so cool. aren’t they? By the way, the much awaited, “Mazhavil Entertainment Awards 2022” is all set to open in grand ceremony on August 27 and 28, 2022 and show will be hosted by Mollywood super star Mohanlal. The promo of this award show has already been released. The show is planned to telecast on Panorama Max channel. Let’s take an in-depth look at the Mazhavil Entertainment Awards 2022 event.

As we all know, Mazhavil entertainment award ceremony is a Malayalam language based show.  Through the promo we could see a lot promoters for this award function, which is much appreciable. The main promoters of this award functions are AMMA-Association of Malayalam Movie Artists, Endemol Shine India media, Manorama media, Malabar gold & diamonds and so on. the promotional video reached a million views in a day. Fans are eagerly waiting to watch the show.

The promo of this award function is below for your view.

The promo video speaks everything! We can clearly see that many celebrities attended the award ceremony like Mohanlal, Mammooty,  Sreenivasan, Dulquer Salman, Nivin Paul, Nzariya and many others.

In the last few minutes of the  promo video, a heart felting scene takes place. Srinivasan, the gem and backbone of the Mollywood industry appears on stage and the legendary Mohanlal kisses him, which makes many hearts weep deeply. Srinivasan and Mohanlal teamed up with many super duper hit Malayalam films which are unforgettable for the fans. On the other hand, it is happy to see that Dasan and Vijayan on the statge, who are irreplaceable combo before two to three decades.

The award ceremony consists of short plays, dance, singing, short films and many exciting performances. According to media reports, rehearsal camps are taking place in many parts of Kerala. Without the slightest doubt, this show is going to steal the two days of the viewers calender.

The above said things are upto date about the award show. However, the winner lists are not yet leaked. Definitely we will post you soon about the winner details. Stay tuned please! Keep sharing the articles with your friends and families.