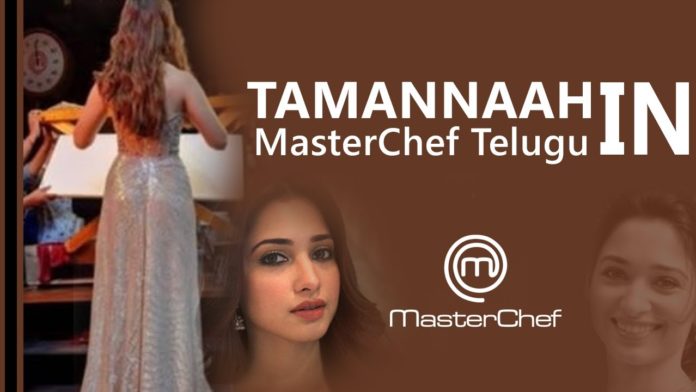 MasterChef Telugu is premiering soon on the Sun Network channel, and the latest promo featuring host Tamanna has created a buzz among fans.

Masterchef Telugu is most likely to premiere on Saturday 28th August, while the Telugu version of KBC titled ‘Evaru Meelo Koteeswarulu’ premieres on Monday 23rd August 2021. However, an official confirmation is awaited at the moment about the grand premiere of the show.

Masterchef Tamil, the other regional version of the show featuring the host Vijay Sethuapthi, is set to premiere on Saturday 7th August 2021. A new promo video featuring Tamanna has been released where she talks about different cuisines of Andhra and Telangana.

Seeing Tamanna speaking Telugu so fluently has been much appreciated by her fans. This promo video has peaked the interest of the Telugu audience. This show and Evaru Meelo Koteeswarulu will go against Bigg Boss Telugu season 5, which will premiere on Saturday 5th September 2021.

The Telugu and Tamil versions of the reality TV series are shot in Innovative Film City, Bengaluru. The Telugu version is likely to have its next shoot schedule very soon. The show is expected to have 15 talented contestants with 3 chefs as judges and will entertain the telly audiences on weekends.

Kiccha Sudeep is expected to host Masterchef Kannada, while Prithviraj will be hosting MasterChef Malayalam. These two shows are expected to premiere during the last quarter of 2021.