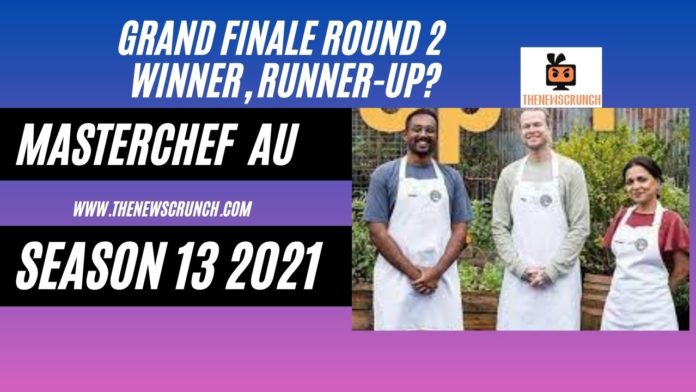 The first round of Masterchef Australia Season 13 Grand Finale witnessed an intense cook off between the top three deserving finalists. However, the competition toughens as we progress into the second round.

The score card on the first day of Masterchef Australia Season 13 Grand finale leaves too much to fight for. Pete is on the first position with a slender two point lead over Kishwar. Kishwar with 51 points leads over Justin by a single point.

Heading into the final round tomorrow, here's where our Finalists are placed 👏 #MasterChefAU pic.twitter.com/fODOKe4bCi

Pete received a full 10/10 from Jock which spiced up his lead at the top of the finalists table on day 1. Kishwar clocked a whopping 30/30 in Round 2 which pipped her above Justin.

With a slender lead margin, Pete will be hoping for a smooth run to clinching the title of Masterchef Australia Season 13 2021. However, it is not over until it is over as Kishwar and Justin will not give up without a fight.

The odds are in favor of Justin to launch a massive comeback while Pete settles for the runner up position.

According to major betting reports and sources, Pete is the winner of Masterchef Australia Season 13. However, the official results could differ as Justin also tops the charts in certain reports.

Kishwar is touted to become the first or second runner up of Masterchef Australia Season 13. However, Kishwar won the hearts of many as the ‘flavor queen’ of this season.