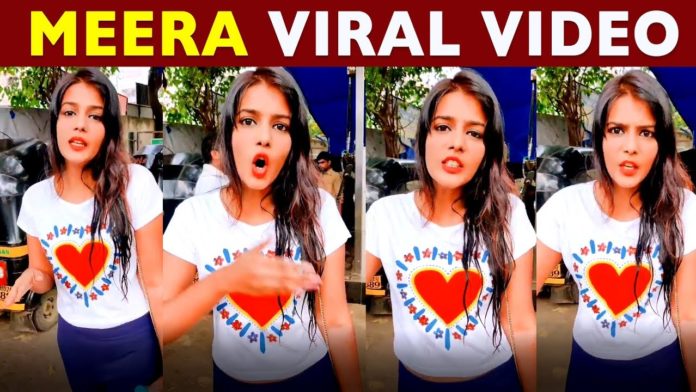 Various controversial things took place during the third season of the Bigg Boss Tamil, which ended last year on Vijay TV. Meera Mithun, a wild card contestant on the Bigg Boss show, was the epitome of controversy. In fact, Mira Mithun has been hated by the fans the most after Vanitha this season. After coming out of Bigg Boss, Meera Mithun started abusing famous film personalities on Twitter to gain popularity.

However, this has backfired for Meera Mithun. She tried posting photos of her kissing, drinking, dancing, but nothing worked in her favor. Thus, she has been making a fuss about various celebrities in Tamil cinema in recent times.

Even Meera was talking about Vijay and Surya in a very disgusting way. Now ‘Master’ film actress Soundarya has posted a sensational tweet that Meera Mithun should be arrested in such a situation.

I think it’s high time Meera Mithun be banned from social media sites. Or be put behind bars for being so verbally abusive about another person. Me as a woman I feel ashamed to watch this woman spew verbal hatred like this.

Soundarya competed in the Super Singer show, which aired successfully on Vijay TV. She then starred in the Pagal Nilavu serial that aired on the same channel. She has also acted in short films since then and has participated in many shows. She is currently acting in a few movies and played an important role in the ‘Master’ film starring Vijay.

She was also a special guest on the Big Boss 3 in which Meera Mithun was a contestant and performed a song concert. In such a situation, she tweeted that she could not bear the atrocities of Meera Mithun.

She said, ‘I think it’s high time to ban Meera Mithun from social media sites, or she should definitely be jailed for slandering other people. It’s ugly for me to see a woman talking like this as a woman.’