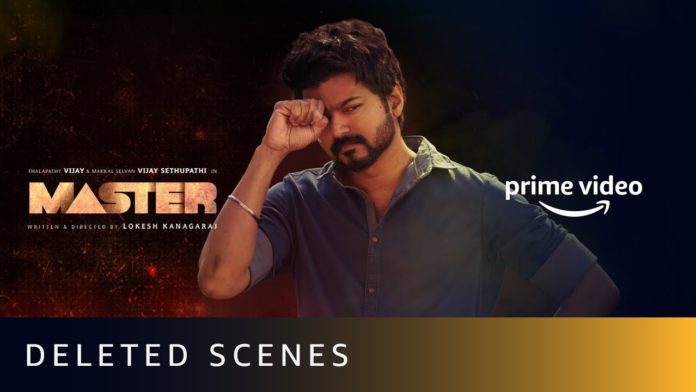 The Master movie was released on Amazon Prime video last week after two weeks of theatrical release. This movie has created a record opening in the movie theatres and has given many theatre owners a new life after the 8-months shutdown of movie theatres.

Master movie has also created a record on its OTT release in Amazon Prime video by becoming the most-watched movie on the OTT platform. Fans were still thronging to theatres even after the release of Master movie on Amazon Prime, and it has reached the 200 crore club. It has also broken the record set by Baahubali 2 by becoming the highest-grossing Tamil movie even with just 50% seating occupancy in theatres.

Here is the Master Deleted Scene: