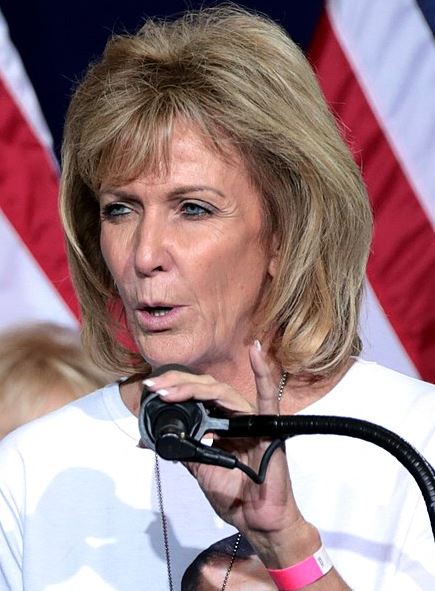 Mary Ann Mendoza was one of the individuals selected to speak in the Republican National Convention (RNC). She is around the age of her 50’s. However, the RNC speaker was pulled out from the list after posting a controversial tweet. According to the news, Mary retweeted a twitter thread promoting the anti-Semitic conspiracy theory. The tweets were posted on her Twitter account @mamedoza480. In fact, she has amassed 41.3k followers. After the controversy, the Twitter handle was made private.
Mendoza was secluded to speak on Tuesday night’s convention. But she was removed from the video line and other Republican political campaigns.
Mary Ann Mendoza is an ‘Angel mom’ best known for being the mother of Brandon Mendoza, a Hispanic police officer in Mesa, Arizona, who was killed by an intoxicated and illegal immigrant man who was driving in the wrong way back in 2014.
She is also a member of Donald Trump’s campaign advisory board.