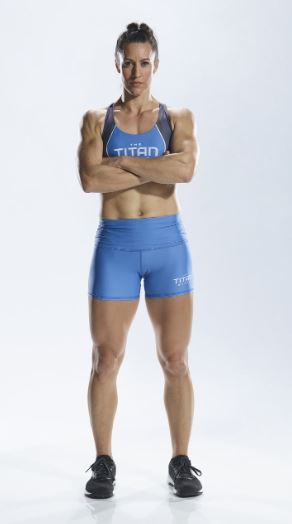 Margaux Alvarez is a fitness coach and Titan Games Season 2 contestant. She represents the west region in the show. Margaux Alvarez has long been considered to be one of the toughest competitors in the CrossFit world. She’s competed in numerous competitions, usually placing in the Top 10.

Margaux spent much of her childhood in Montana, where she gained her love for almost any kind of athletic endeavor—from swimming and volleyball to ballet, horseback riding, and Taekwondo. She was turned on to CrossFit while working as a trainer in the Bay Area in 2011 and took to it immediately. Since then, Alvarez spent years on the CFHQ Seminar Staff, and in 2018, made headlines by winning the CrossFit South Regional at age 33.

At 34, she has become one of the true ambassadors of the sport and a source of inspiration to countless athletes, both through her own performances and her passionate efforts as a coach, affiliate owner, and mentor. From her current home base in Las Vegas, she’s also found a successful second career as a winemaker.