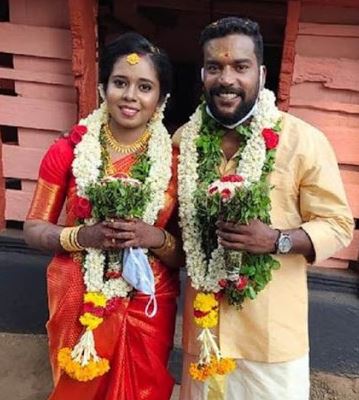 Manikandan R. Achari is an Indian actor and script writer. He has primarily worked in Malayalam films.

Manikandan tied knot with Anjaly on 25th April, 2020. He had planned an extravaganza marriage function which couldn’t be held because of national lockdown. Nevertheless, he decided to go ahead with marriage ensuring that norms of social distancing are maintained.

Manikandan had made debut with critically acclaimed film Kammatipaadam. Interestingly, he had won Kerala State Award for best Character Actor for this film.