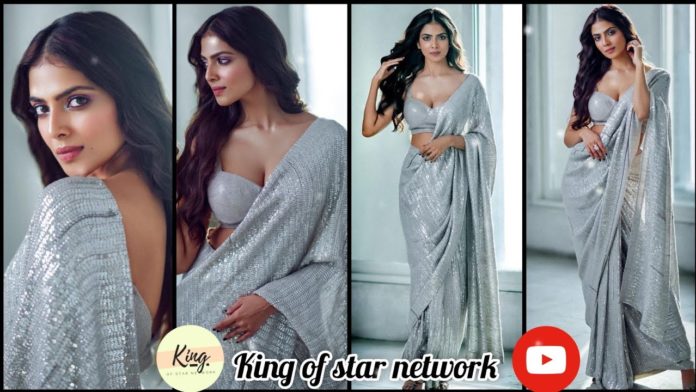 Malavika Mohanan, who played the lead role in Thalapathy Vijay’s ‘Master,’ has many opportunities not only in Tamil films but also in Bollywood. It is worth mentioning that she is currently staring in Dhanush’s next film and an action film in Bollywood.

In this situation, Malavika Mohanan, who occasionally posts bold photos and videos on her social media page, including her Instagram, and keeps fans awake, has been accumulating comments that a recently released photo is the culmination of glamor.

Netizens have been claiming that the photo of Malavika Mohanan posing in a glamorous sari wrapped only on one side is heating the internet. ‘Netizens have been posting melting comments that they have never seen such a beauty before and that she have made them breathless and thank you for giving them the soul problem.

It is noteworthy that more than four lakh people have liked it in the few hours since this photo was posted.