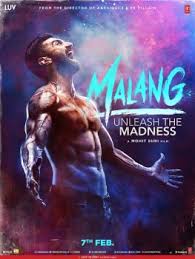 Considering the star cast that Malang boasts of it has been garnering the right attention since its announcement. Aditya Roy Kapur is having a tough time at the box office for a couple of years with bad choices like Daawat-E-Ishq right upto his last release Kalank. However, he enjoys a good fan following which could come as a savior in these tough times. Malang could be his saving grace and mark his return as a mainstream hero. Considering he has been getting good reviews since the trailer launch it could mark as a good sign for him.
Disha Patani brings her stellar body and face value to this films. She has been a part of high grosser films like like M.S. Dhoni – The Untold Story, Baaghi 2 and Salman Khan starrer 200 crores grosser Bharat. She may have been a small part of these films but her presence was much appreciated. This adds to the value that she brings with her to Malang.
Anil Kapoor adds to the star value of the film. His Box Office graph in his last few outings have been topsy turvy. While his films like Welcome Back, Mubarkan, Total Dhamaal were successful, he faced disappointments with Race 3, Fanney Khan, Ek Ladki Ko Dekha Toh Aisa Laga & Pagalpanti. His character in Malang looks bang on interesting and menacing.
Director Mohit Suri’s genre of films also seemed to have hit a rough patch in the past. He has huge hits with Aashiqui 2 & Ek Villain but went downhill with Hamari Adhuri Kahani. Half Girlfriend also received mixed reviews. He reunites with his Ashiqui 2 hero, Aditya in this film with an interesting concept.
The trailer of Malang was met with a lot of liking. People have loved the chemistry between Aditya and Disha. The film’s music also has become popular which will make sure to draw the attention of the audience on Day 1.

The plus point of the film is the screenplay, it keeps the mystery going. Few questions that tend to arise as you watch the film are why is Aditya Roy Kapur’s character on a killing spree and the second track will delve into the past of Aditya and Disha’s characters which adds to the intrigue. At some point you might find the soul missing and the main characters very uninspiring but gradually an emotional connection starts to build up. The film keeps offering you with something even as it comes to its climax and this leaves you gripped and entertained at all times. The climax is amazing and leaves you gasping. What comes as a surprise is that a film whose USP is violence and substance abuse leaves you with a smile on your face towards the end. The performances are exceptional right from Aditya Roy Kapur, Disha Patani to Elli Avram. Anil Kapoor and Kunal Kemmu dazzle. Mohit Suri’s direction is par excellence.

Although Malang serves well as a film it might not garner a lot of attention because the audience that it wishes to cater to is rather a small section. It will sustain due to pre-Valentine’s week which can boost its business. However, considering that there are back to back releases in the coming weeks it growth is unsure off.

Malang should collect its maximum until the release of Love Aaj Kal next Friday. The upcoming film caters to the youth and a larger section of the audience. The audience will be severely divided and this will further continue with the release of Shubh Mangal Zyada Saavdhan on February 21st.

Malang’s limetimes business is expected to be around 40-50 crores. It would have done wonders if a more strategic release date was given.