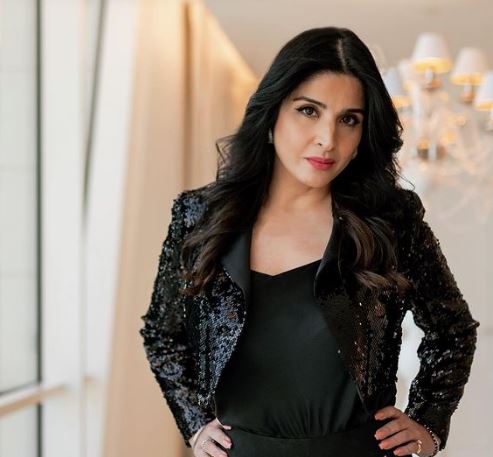 Maheeo Kapoor is the wife of Indian movie actor and producer, Sanjay Kapoor. She is mother to Shanaya Kapoor and Jahaan Kapoor and is the sister-in-law of Bollywood’s most “jhakaas” actor Anil Kapoor and the Hindi moviemaker Bonny Kapoor. Maheep Kapoor has currently been making the headlines as she is playing one of the lead characters on Netflix’s latest release, Fabulous Lives of Bollywood Wives.

Maheep Kapoor even has a short movie to her credit, titled Nigori Kaisi Jawani Hai (1994). The media personality was supposed to make her debut in the Bollywood industry with the movie Shivam, opposite Raaj Kumar’s son Panini Raajkumar, over two decades ago. The project didn’t go as planned and Maheep Kapoor never got a chance to showcase her talent on the big screen.