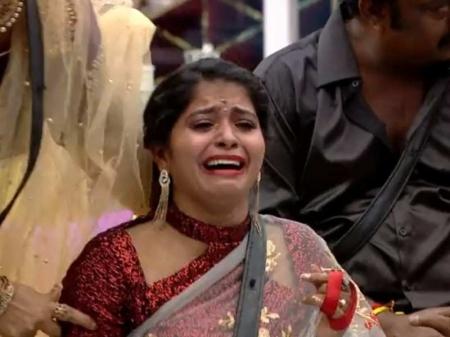 Madhumitha was one of the contestants of Bigg Boss Season 3 Tamil. There was a tug of war last week between Madumitha and a group of contestants in Bigg Boss house last week, she got sick of the way the contestants were behaving and finally due to extreme pressure cut her hand and tried to commit suicide. She was then eliminated from the show for disobeying the show rules and even Mr. Kamal Hassan gave her advice about this decision. He even commented that she has wasted an opportunity of winning the show. It’s said that she has been paid 13.5 lakhs so far and Vijay Tv has agreed to pay the rest of her salary even though she forefit the show.


Now Madhumitha has sent a Whatsapp message to the Bigg Boss show producers stating that she will commit suicide if she doesn’t receive rest of the payments with in two days. So Vijay Tv administrators have approached the Guindy police station to make a formal complaint. We are not sure how true this information is, but this is going viral and even covered by popular news channels like PuthiyaThalaimurai. We are waiting for clarification from her side and we will update information on that soon. Stay tuned for updates!!