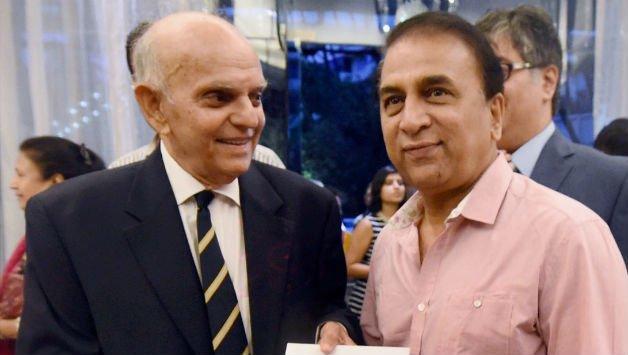 Madhav Apte the former opening batsman of Indian cricket team passed away today at the age of 86. Madhav Apte played, lived and breathed cricket. Man of fine sensibilities, generosity of heart, sparkling with and intelligence. Madhav Apte, The legendary cricketer, the Guru for many cricketers in India, Dronacharya of Indian cricket passed away early this morning at 6.09 in Mumbai. He was 86. Recently his autobiography in English and Marathi was published. He Played 7 Tests for India averaging 49.27, Led Mumbai to Ranji titles in 1958-59, 1961-62, Only known cricketer to have played alongside DB Deodhar. He was a wonderful man always willing and happy to share stories from his decades of experience. A superb opening batsman with career cut short inexplicably in its prime. He was the first Indian opener to aggregate over 400 runs in a Test series (460 runs in the Caribbean in 1953).

Sad news indeed about Madhav Apte Sir. Shared many memories with him. Another of the golden generation of Mumbai Giants, passes away. May his soul rest in peace. ? Om Shanti

I am in mourning at the passing of Shri Madhav Apte. Deep, genuine cricket lover, quality batsman himself (7 tests at an avg of 49.3), and a classy, dignified human being. From an era where love for the game was unconditional. Wonderful host, great story-teller.