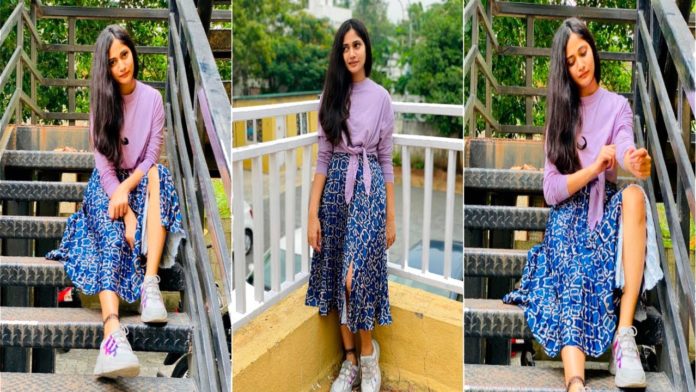 Losliya Mariyanesan, who used to work as a newsreader in Sri Lanka, became popular through the Bigg Boss season 3 aired on Vijay TV. After Bigg Boss ended, she was looking for an opportunity to act as a heroine in several movies.

The recent death of her father, Mariyanesan, came as a shock to everyone. Losliya, who is currently recovering from it, is focusing on film. Losliya also attended the final party of the recently concluded Big Boss Season 4.

In this situation, she has attracted the fans’ attention by posting a beautiful photo on her Twitter page without putting on make-up.

Here is the photo:

She look damn hot and cool in this outfit 🥺#Losliya pic.twitter.com/x5X1B6VJ8B