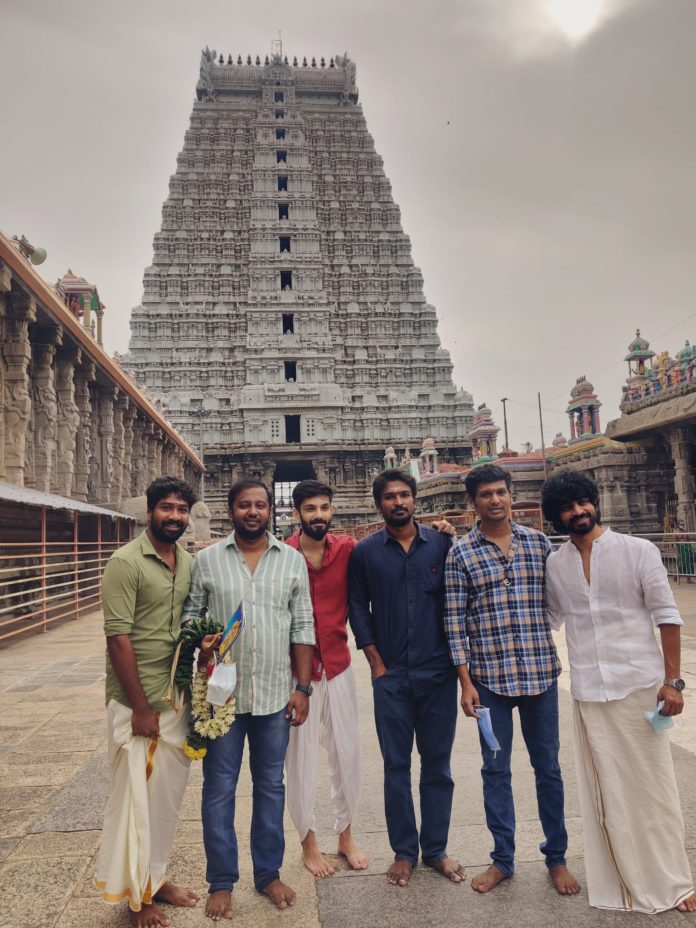 Thalapathy Vijay starrer ‘Master’ is all set to release worldwide on the 13th January 2021. Millions of Vijay fans are eagerly awaiting the film as the film’s promotion is in full swing.

On the one hand, the film crew is doing promotional work. On the other hand, director Lokesh Kanagaraj has gone to the Tiruvannamalai temple to worship for the success of the film ‘Master.’ Anirudh, the composer of ‘Master,’ has also gone with him.

Lokesh Kanagaraj posted a photo on his Twitter account with the phrase ‘Om Nama Shivaya,’ Anirudh and all the crew standing in front of the temple with ash on the forehead after worshipping Lord Shiva. It is worth noting that this photo is currently going viral on social media.