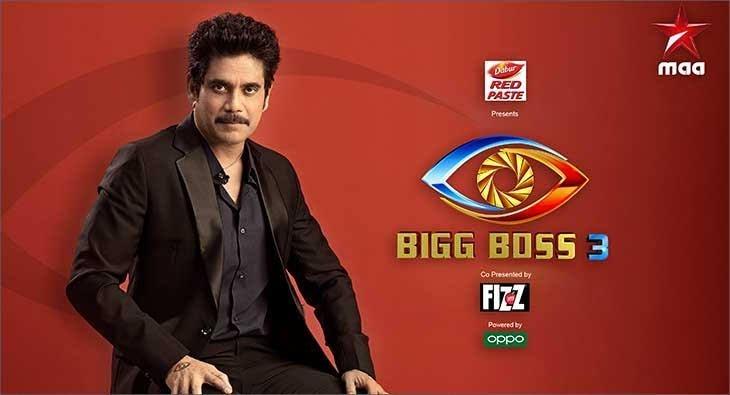 Controversies and full on entertainment is guaranteed in every season of Bigg Boss. This time on the 21st of July Bigg Boss Telugu Season 3 will kick off. The names of the contestants is still a surprise for the audience but don’t worry we have got you covered. This season is going to get hot and spicy inside as well as outside the house because right from the anchor to the housemates, words and whispers are already spreading. Scroll down and check out the list of all the participants of this season.

Telugu movie star Tarun will be joining the Bigg Boss house this season. He was offered this opportunity in Season 2 as well but he refuted back then. Let’s see what made him change his mind for this season.

The very beautiful Udaya has finally confirmed that she will be joining the Bigg Boss house. The actress/host is very popular for her works in Telugu television shows.

He is one of the most popular singer and music director of the Telugu industry. He started his career in 2006 and now produces hit songs one after another. We can expect a lot of entertainment from this contestant.

The popular news anchor of the V6 Telugu news channel, Tinmaar Savitri will be a part of the Season 3. She is well known for her incredible oration and anchoring skills. A lesser known fact about her is that her original name is Shiva Jyoti.

Gorgeous and stunning Sri Reddy is heard to participate in Bigg Boss this time. She is new to the Telugu cinema industry but not lesser known. She was in the headlines more for the controversies and lesser for her work. Surely, she is going to set the house on higher energy levels.

Harsha Chemudu or popularly known as Viva Harsha is a comedian/ actor in the Telugu industry. In the recent years he has joined the industry. We can expect the humour flooding into the Bigg Boss house because of his comic timing.

Well known for working in the human rights department and supporting Trump for reasons, K A Paul is all together a different addition to the house. Let’s see what he does to the house.

She is one of the most candid as well as cute personality that the Telugu industry will ever have. She is very famous for her films and TV shows. The sweet and simple girl will be joining the gruelling Bigg Boss house and we will see how it goes.

The very talented and bubbly VJ Lasya is here to add a lot of glamour and fun to the show. She has entertained the audience through excellent commentary and scintillating onstage performances.

The girl who stormed the internet through her web series is joining the Bigg Boss house. Jahnavi is very focussed and excited to meet the other housemates.

The Ace dancer/ choreographer Raghu has openly said that he has accepted the Bigg Boss offer. He is ready and well prepped to enter the house. Raghu has been a close spectator of the show in the past seasons.

One of the most versatile singer/composer, Rahul is also one of the Bigg Boss Season 3 contestant. He became a popular star because of his folk songs.

Another actor to be a part of the Bigg Boss house is none other than Varun Sandesh. Indian American born superstar has featured in many films and TV shows.

Last but not the least is the common man who will be entering the Bigg Boss house. Let’s see who will be the lucky person to enjoy the stay in the house.