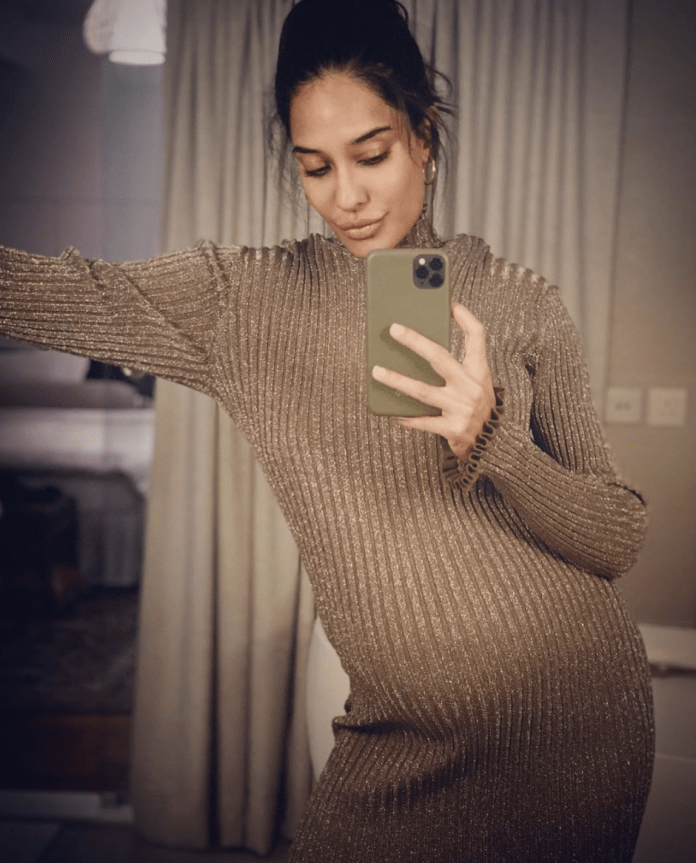 Bollywood actress Lisa Hayden is in the news these days about her pregnancy on social media. The actress keeps sharing photos of baby bump on social media. The actress is going to become a mother for the second time. She is enjoying this special phase of pregnancy and is excited about becoming a mother once again. Lisa has shared a photo in which she is seen flaunting a baby bump while walking on the pavement. She is wearing a navy blue color jumpsuit and a brown jacket.

Having a healthy hair care regime and strong hair is as important for me as training for a strong body ?. Which is why I choose @kerastase_official #HairCare #KérastaseIndia #CareWithKerastase

Lisa is going to become a mother for the second time despite this, she is not ready to compromise on her fitness. She takes full care of her health and diet and for this she is also highly praised on social media. Sharing the photo after the light workout, Liza wrote, “A healthy care for the visiting guest, and my strong hair are as important as exercising for a strong body”.

Lisa is getting pregnant for the second time at a very short gap. Despite this, she is not allowing any special difference to her fitness. His fans are also very surprised by this. Talking about personal life, Lisa married Dino Lalwani in October 2016. A year later, on 17 May, their son Jack was born. Talking about the professional front, in 2016, she was seen in Ranbir Kapoor and Anushka Sharma’s film Ae Dil Hai Mushkil.