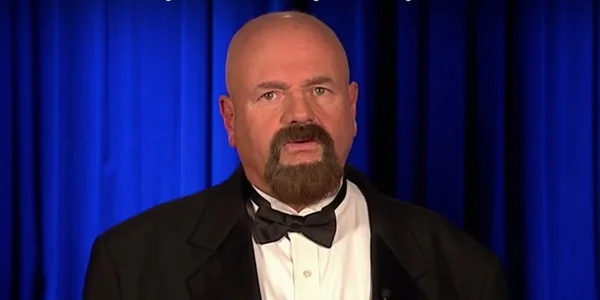 WWE Hall of fame winner and Legendary announcer Howard Finkel dies today Thursday April 16 2020. It must be noted that Howard Finkel is the first ever employee at WWE and Stephanie Mcmohan announced this news via Twitter

In what has already been a tough week for our @WWE family, today we lost our 1st ever employee and WWE Hall of Famer, @howardfinkel. Howard’s voice is iconic & recognized by generations of fans. He will be missed. #RIPHowardFinkel Thank you for everything. ❤️?❤️

“WWE is saddened to learn that Howard Finkel has passed away at age 69,” a WWE press release reads. “WWE extends its condolences to Finkel’s family, friends and fans.” Finkel was first hired to work for Vince McMahon Sr. and the WWWF in 1975. He would eventually become the company’s longest-tenured employee.


Finkel was reported to have suffered a stroke last year and was in ill-health. He did appear backstage for a WWE event at Madison Square Garden later that year, however. Jerry Lawler discussed Finkel’s health on an episode of his podcast. “I just heard not long ago that Howard is in really, really bad health,” Lawler said. “Not good at all. He may have had a stroke. I’m not sure but I just know that he’s not doing well.”

Howard Finkle was on Team Hogan through the good and bad times,even when I was on the outs Howard would call on a consistent basis to tell me to always keep my head up,it was” never say never” and “you and Vince will work it out”,my good friend RIP,I love you 4LifeHH

So sad to hear of the passing of my friend, the greatest ring announcer in the biz, Howard Finkel, at the age of 69.

The Hall of Famer is now ring announcing in Heaven. #RIPFink

No one was more loyal or loved pro wrestling more than The Fink. ?

Howard was the best. It’s that simple. I’ll never forget the last few times I saw him…the excitement he still had for the industry, the genuine concern he showed when asking about how my family was doing despite his own declining health…

I’m so grateful I got to know him. https://t.co/sALmt2Ihb6

You weren’t someone until you heard Howard announce you. A championship win didn’t feel real until you heard him say “and the new!” His voice, his personality, and his positivity will be sorely missed. Thank you for everything…especially your friendship. https://t.co/CYSPt6vnvU