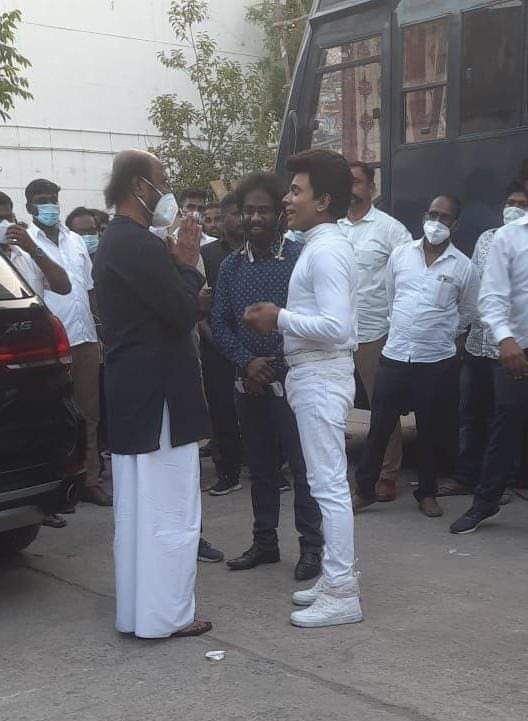 A few days ago, photos of Legend Saravanan dancing with Urvashi Rautela in Manali had gone viral. Also, Prabhu and Vivek play important roles in this movie. Harris Jayaraj composes the music for the film. Velraj takes care of the cinematography. The film is set in the fantasy genre and is produced by Saravanan, who plays the hero. 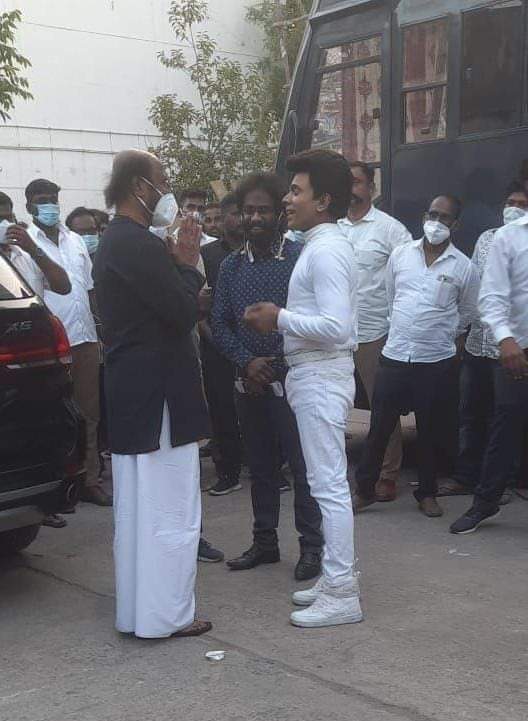 In this case, the movie Annaatthe has started in Gokulam film city, and Legen Saravanan has met Rajinikanth in the shooting spot. The photo of Legend Saravanan meeting Rajinikanth and getting blessings goes viral on social media.