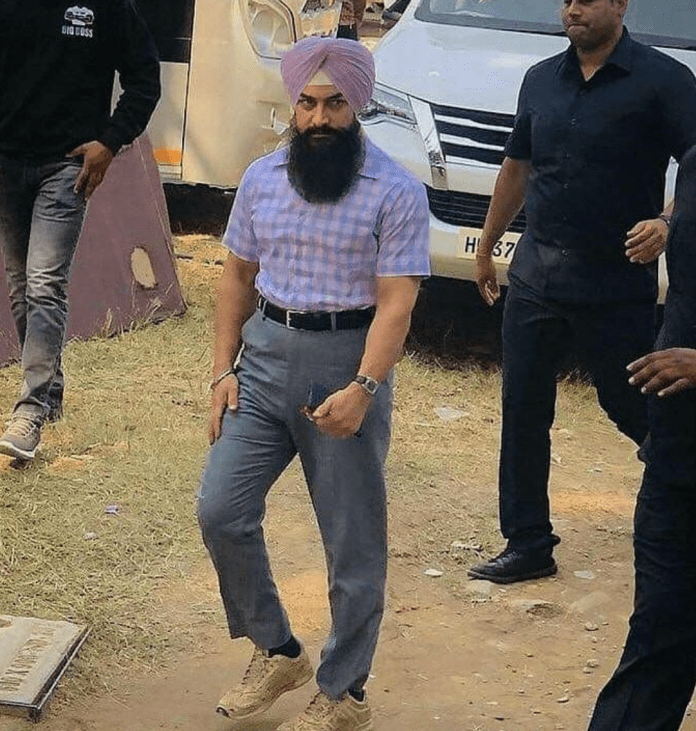 Bollywood actor Aamir Khan has started shooting for his upcoming film ‘Laal Singh Chaddha’. The shooting of this film is going on in Chandigarh these days. Recently, Kareena Kapoor Khan’s look has leaked from the shooting set. Kareena appeared in a very simple suit-salwar during this time. This picture of Kareena started becoming viral very quickly as soon as it came on social media. But after Kareena, Aamir Khan’s look has come out from the film’s shoot.

Aamir Khan is seen in this pick in the look of Sardar, wearing a turban of purple color on the head, gray shirt with check shirt and high waist pants. Aamir Khan has carried sports shoes with this getup. At present, if Aamir’s look is repeated, he looks quite handsome in the film. Talking about Aamir’s film, ‘Laal Singh Chaddha’ is the official Hindi remake of the Hollywood movie ‘Forrest Gump’.

#AamirKhan as #laalsinghchaddha on the sets in Chandigarh #photooftheday #sunday

Aamir and Kareena have also appeared together in films like ‘Talaash’ and ‘3 Idiots’. In ‘Lal Singh Chadha’, the pair of both stars are once again coming on big screen. Aamir and Kareena’s film will be released on 25 December next year. Kareena Kapoor also auditioned for this film for the first time in her 19-year career. Apart from this film of Aamir, Kareena is also very busy with the upcoming films ‘Good News’ and ‘English Medium’ (Angrezi Medium). At the same time, Aamir Khan wants to leave any shortcoming in his film after ‘Thugs of Hindostan’ flopped at the box office.