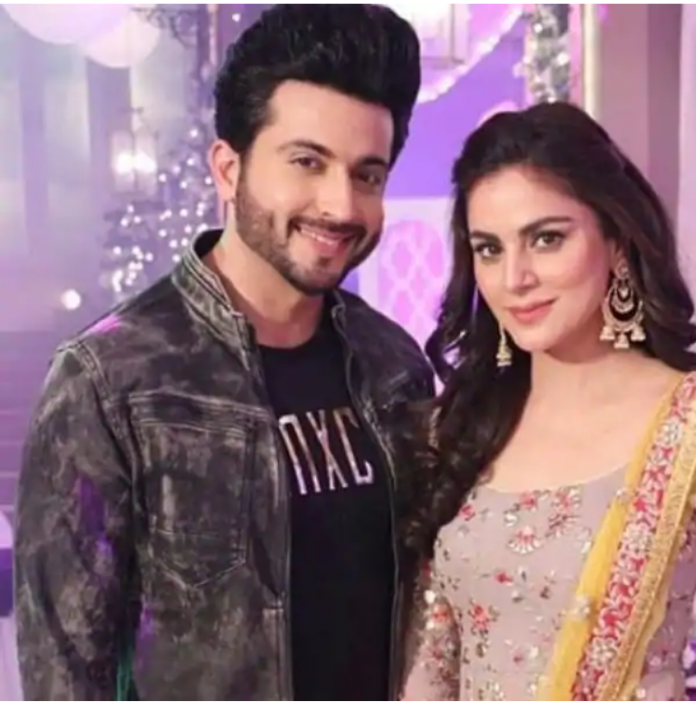 In the last episode, we saw how Preeta tries to convince Mahir to back out of the wedding. Later, she confesses her love for Karan and agrees to be with him throughout his marriage ceremonies. We also see how Prithvi tries to avoid Sherlyn. Mahira also is seen confused after Preeta talks to her.

In Today’s episode, Ramona tries to make Prithvi meet Sherlyn but he is still avoiding her. Robbers show up and there is a total fuss in the hall. Prithvi and Sherlyn get trapped inside. They both are hiding under the tables next to each other.

Back in the room, there is a small argument between Srishti and Daadi. Mahira brings Nilgiri oil for Mahira to remove her Mehndi. She tells Daadi and Raakhi to check the oil as she doesn’t want to get accused later on for any problem. Rakhi assures her that she doesn’t has any doubt on her. Daadi checks the oil and says it doesn’t have any problem. Srishti applies the oil on Mahira’s Mehndi. She states that Kareena had said if the colour of the Mehndi is dark enough, her would be husband shall love her more, but in this case, the colour is faded. Srishti leaves the room as Mahira thinks about it.

In the hall, there is total fuss. Everyone is running here and there to save themselves. The robbers fire a gunshot. Preeta and Karan who are outside the hall, get shocked hearing the gunshot. Everyone hears the gunshot and get equally shocked. The robbers tell everybody to sit down and take away their mobiles.

Preeta runs towards the hall to see what has happened. Karan pulls her away and takes her outside. He tells her not to do anything stupid as she doesn’t know what the exact problem is and the people inside have guns. So, anything can happen. Karan asks if there is any other way to enter the hall, she says there is a kitchen window. Karan assures her to stay near the window and he shall handle everything. Preeta tries to enter inside, that is when Karan comes back and swears her to stay out and he shall handle everything. He hands her his phone in case of emergency.

The robbers warn the people to sit down otherwise they won’t be spared. Rishabh somehow manages to get a phone and he tries to call the police. He gets caught and Sherlyn too is caught as she was hiding under the table. Rishabh tries to request the robbers to leave everyone as he is ready to pay up.