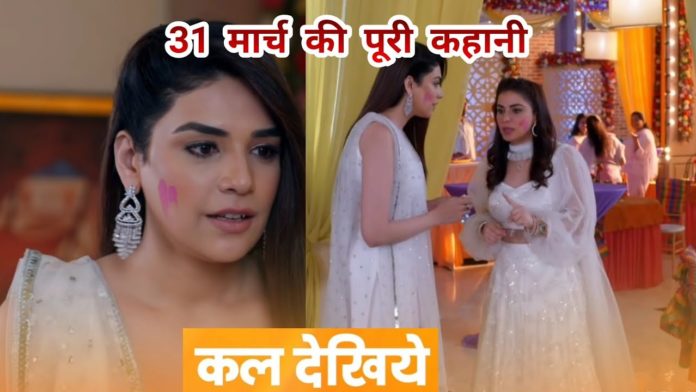 In the serial Kundali Bhagya these days, viewers are getting to see the full-on drama. Holi track is going on in the show. Simultaneously, Srishti and Preeta plan that somehow the truth of Prithvi should be revealed to everyone in Luthra House so that Kritika does not marry her.

In the upcoming episodes, it will be shown that Srishti and Preeta plan to give Prithvi Bhang so that he tells everyone the truth and reveal everything. Let him tell everyone why she married Kritika. Preeta lets Prithvi drink Bhang, but Sherlyn suspects him.

Sherlyn takes Bhang from Prithvi and gives it to Kritika to drink. Seeing this, Sameer and Srishti take Bhang from him. After which, Preeta again makes cannabis for her and gives it to Prithvi. But faith stops him. Preeta tells Aastha everything about Prithvi, and Aastha is convinced of her words. Aastha joins Preeta’s plan.

Aastha tells Preeta that she should keep the competition to drink the most Bhang, so that she can drink a lot of cannabis in the process of winning. After which, Karan challenges Prithvi to compete with him by drinking Bhang. Prithvi accepts this challenge.

Till now, you have seen that Preeta comes to meet Akshay after becoming a friend and wearing a veil. Akshay considers Preeta to be a friend and starts to defame her. Preeta gets angry and slaps her due to this act of hers. After which, Akshay comes to know that this is not Preetika.