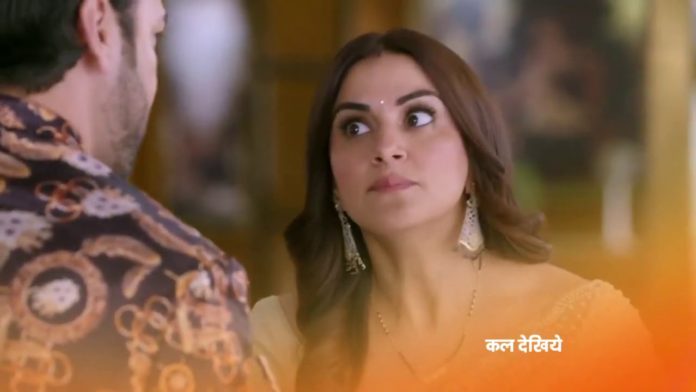 A new twist is coming in the serial ‘Kundali Bhagya.’ According to the released track, Prithvi Luthra House has arrived and wants to execute his plan to marry Kritika. At the same time, Kareena Bua has given the responsibility of the wedding function to Preeta. Karan completely refuses to accept this marriage, while Preeta knows that Prithvi’s intentions are not noble.

But Kritika wants to stay with Prithvi because she saved him from the goons. He is not ready to convince anyone that Prithvi is wrong. In the upcoming episodes, when Karan and Rishabh try to convince Kritika to leave the Prithvi, she says that if someone tries to separate them, she will kill herself.

On the other hand, Prithvi still likes Preeta. He tries to meet her and hold her hand. She scolds him and warns him. She warns him that if she ever tries to do such an act in front of him again, she will show him his real place in her life. Prithvi gets shocked seeing Preeta’s anger.

On the other hand, Prithvi tells Sherlyn that he gave the goons money to harass Kritika, and he planned to save her from the goons and marry her. You saw that the earth is quite happy to see the universe in Luthra House. He says that Kritika and Srishti are like sisters, then Srishti became her sister-in-law with this relationship. Mahira makes a new plan to go to Karan. She says that now she will win Karan’s trust. She tells Karan that Prithvi has come home with his mother.

Karan’s mood worsens after hearing Mahira’s words. Here Srishti asks Preeta to explain to Kritika. Preeta tells him that Kritika does not believe anything about him. Srishti says that she saw Prithvi and Sherlyn hiding outside. This means that those people must make a big plan.